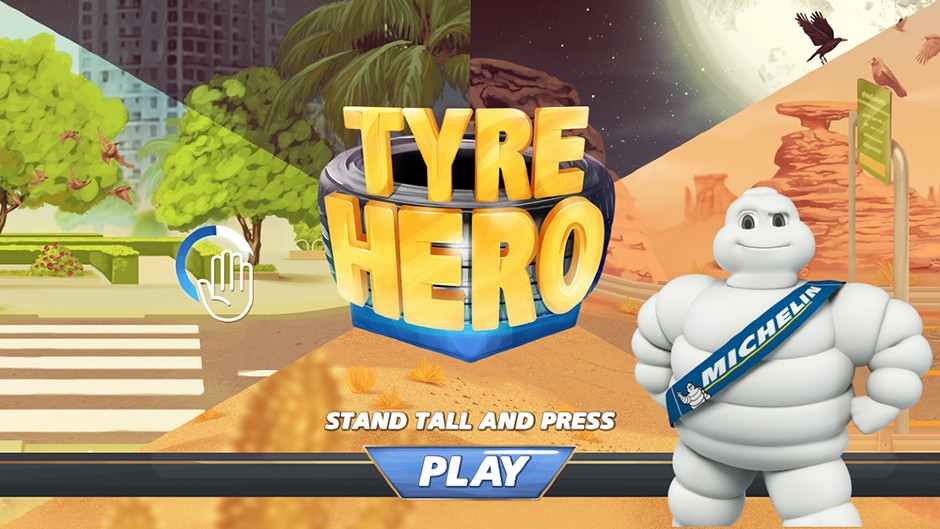 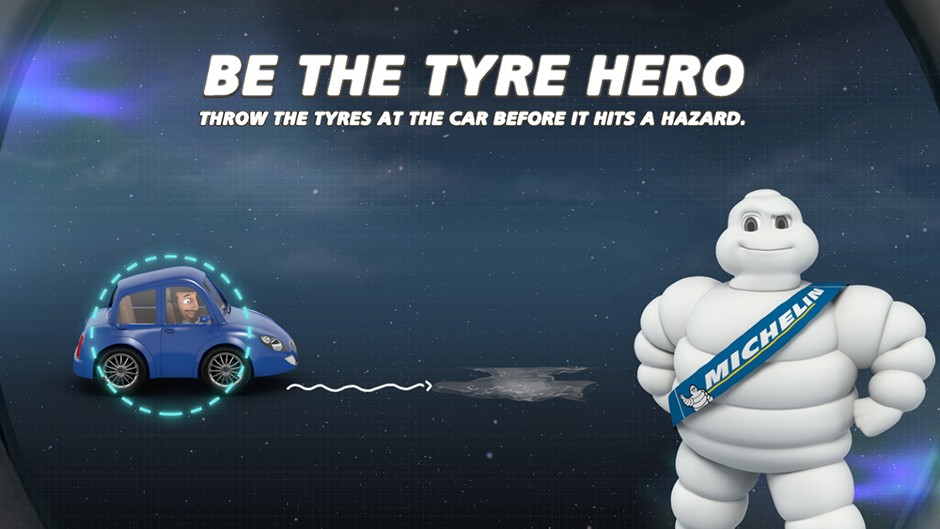 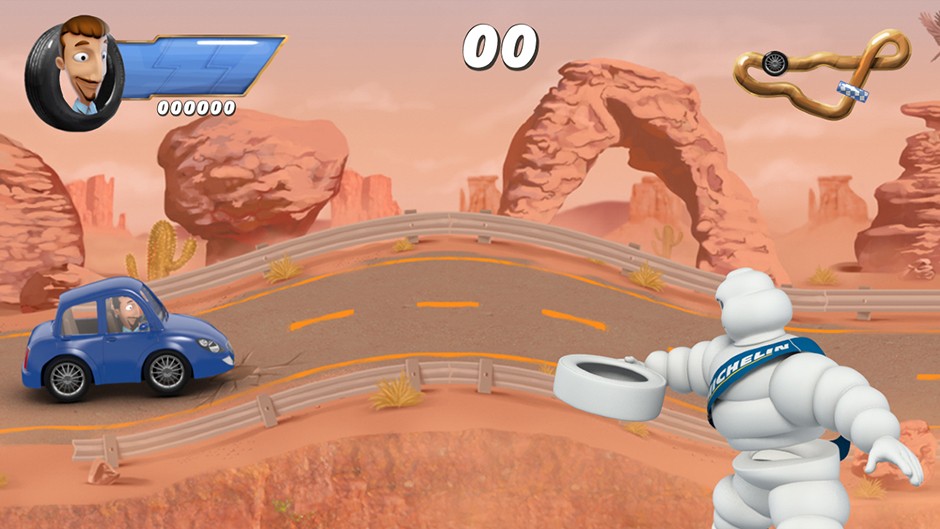 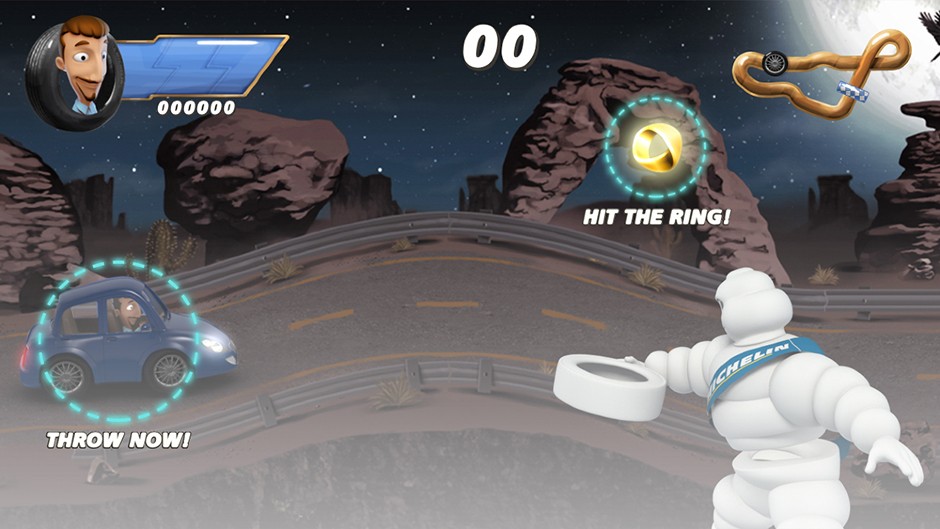 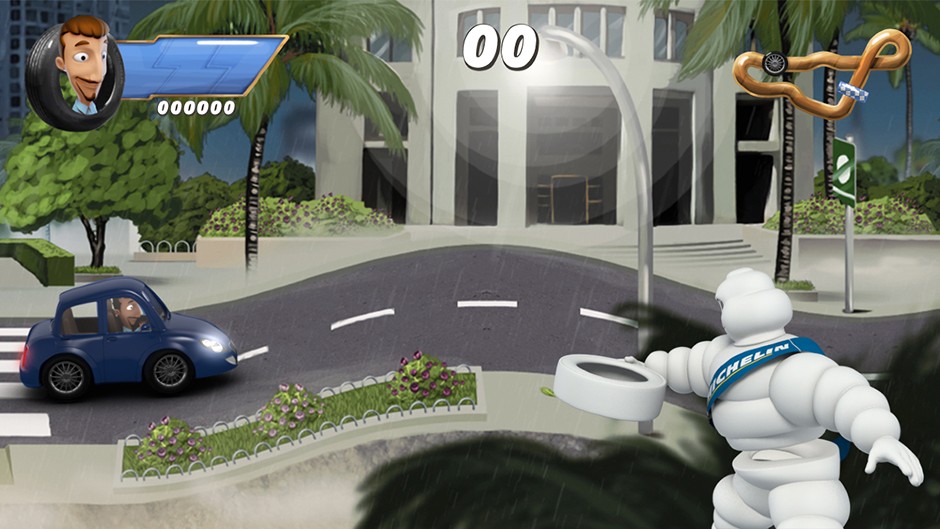 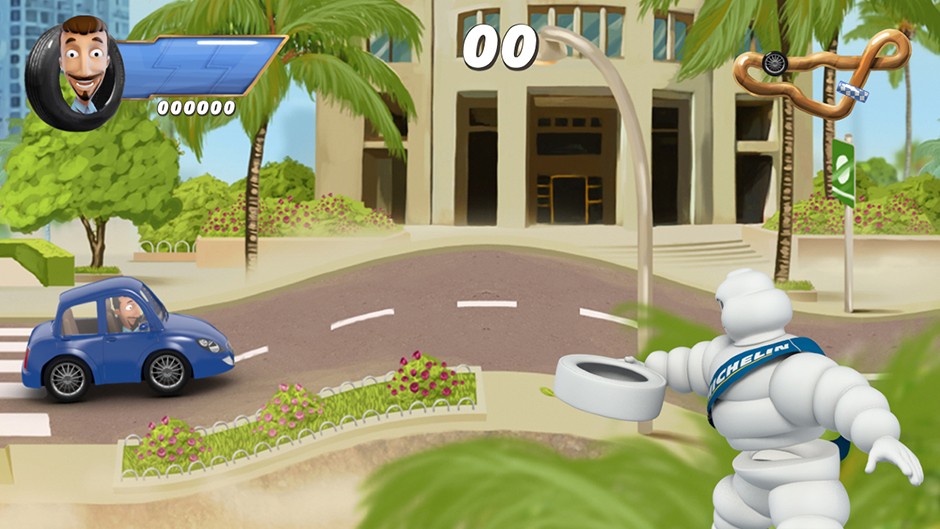 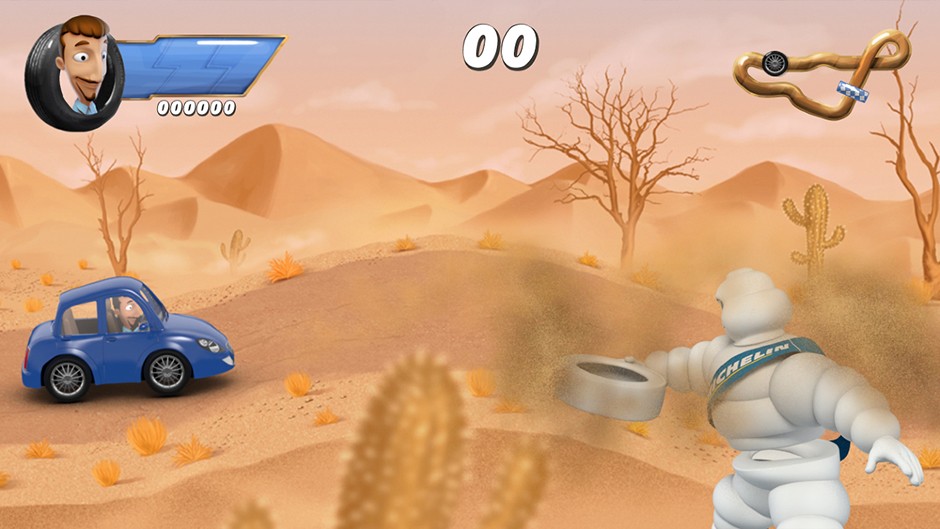 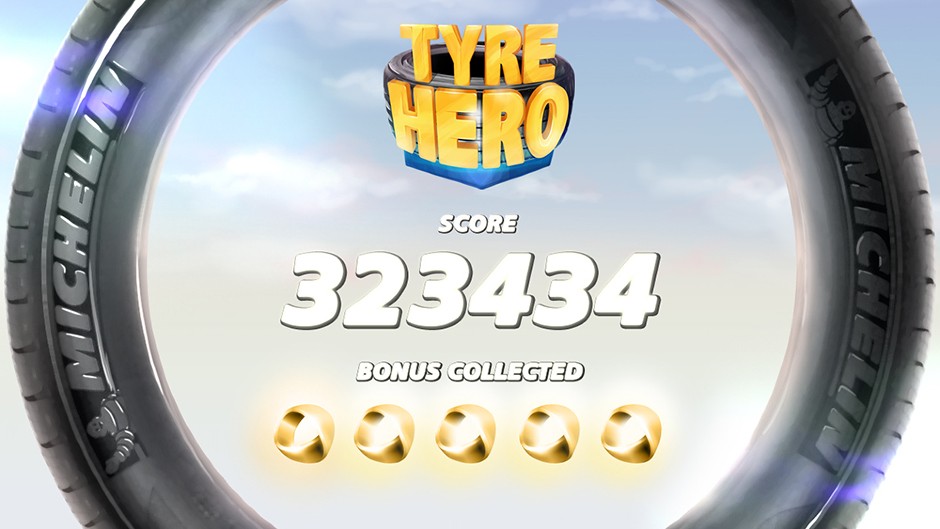 A Michelin worldwide campaign was launched in 2013, with its main character (Bib) helping the drivers to avoid road hazards on the daily routine, replacing the regular tyres to Michelin ones.

The same concept was brought to the digital platform, giving life to the Tyre Hero game, where the player has a chance to became Bib and help the clumsy driver to avoid the obstacles during the 5 stages of the game, finding on his way: rain (puddles), sandstorm (poor visibility), heat (melting tyres), fog (poor visibility) and city streets (potholes).

Check out below the gameplay video and the screens of the game.